St.Michael’s was a modern church, its minimalist design appealing to a more youthful generation of church goers. Thin slices of onyx, replaced the more traditional stain glass windows. Colorful and airy paper sculptures floated from the church ceiling giving the illusion of angels floating through the sky. An illuminated cross dominated the front of the church. Helen sat contemplatively in the front row.

Helen always found time to escape to St. Michael’s, its beauty, silence and tranquility restoring her soul. She wrote for a fashion magazine and was constantly trying to keep up with deadlines and fashion trends. Helen loved beautiful clothes and today was wearing Diane Von Furstenberg . The v neck, solid blue,  knee length dress perfectly complimenting her 5’8” slim figure. She had a guilty secret laying beneath the dress. One lonely Wednesday morning she was pushed to do something daring and decided to acquire a tattoo. Locating a clean, respectable tattoo parlor she asked for a china tea pot with two tiny tea cups to be engraved on her right shoulder with the word Wedgewood italicized below the tea cups. Helen had refined taste.

Was that a baby’s cry.  She felt a surge of irritation. For God’s sake this is a space for prayer and contemplation not for baby’s howls. Helen tried to calm her nerves but her peaceful mood was broken with the baby’s persistent howls. She gave a withering look as she passed the haggard looking mother, sitting in the last row, rocking her baby back and forth. Thank God it was their fathers turn to have the children to-day and she could go home and relax.

Helen arrived home in an agitated state. She turned on the sound system and played soothing, soul restoring classical music. She wandered to the living room poured herself a glass of red wine and started to unwind.

Irene finishing her shift at Walmart made her way by bus to Tim Horton’s for her third job of the day. She was tired and hoped that it would be a quiet evening. Arriving at work she was greeted by the manager with ” We’re two short today so you’re gonna have to hustle”. Irene gave a deep sigh as she changed into her uniform. She wore only pants never dresses, for she too had a guilty secret. She was usually too tired to shave her legs and pants were the perfect cover.

At last Irene’s shift was finished and she caught the last bus back to her apartment. She entered and noticed that the elevator was once again under repair and commenced to drag herself up to the sixth floor. Entering her apartment she first checked on Richard and Teresa. She then collapsed on the arm chair thinking she would just close her eyes for a minute. A minute later she was wrapped in an exhausted sleep, her body twitching as her mind replayed the days events.

It was 4:00 a.m. and the emergency room was crowded with suffering souls waiting patiently for their names to be called and passed to the next level of hospital administration. Helen sat clutching her arm in extreme discomfort, holding back tears, wrinkling her nose as the body odors of unwashed humanity assaulted her senses. Irene sat two rows behind Helen cradling her youngest child Teresa desperately trying to stay awake. Their names were finally announced and Helen and Irene proceeded out of the emergency holding bay to the hospital inner sanctum.

Helen and Irene sat side by side in silence. More waiting and x-rays and waiting and finally, Helen diagnosed with a broken bone in her arm and Teresa with a broken bone in her foot, were ushered to the appropriate hospital department. Upon entry Irene observed a youth of around 17 in tears as he was told that his broken leg would put an end to his hockey season and possibly a future career. She also observed a mother comforting her daughter as her ballet dreams came crashing down. So many dreams and aspirations broken by fateful accidents. Helen sat oblivious to the suffering around her wanting to get out of this hospital hell hole and back to the comforts of home.

When first arriving in the emergency room, five hours ago, Irene had immediately noticed Helen. She had admired this immaculately dressed woman, sitting upright, stoically suppressing her pain, oblivious to her surroundings. Irene’s attention was continually drawn to Helen as she comforted Teresa. Waiting those long hours for her name to be called, strange thoughts began to whirl in her mind. I can be that person someday. Working at these minimum wage jobs for twelve hours a day is getting me nowhere. I’m barely surviving and the kids rarely see me. It’s time for a change. I need to find a career, further my education, breakout of this poverty trap. Irene having made this dramatic life changing acknowledgement to herself gave Teresa an extra hug and smile as she left the hospital.

16 thoughts on “Helen and Irene” 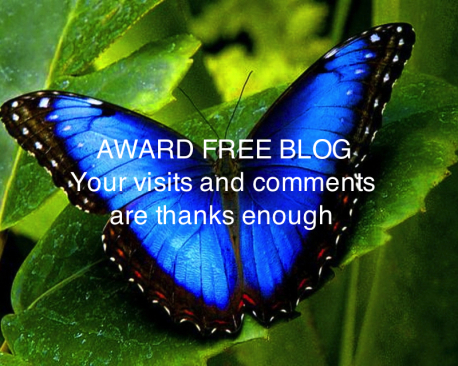